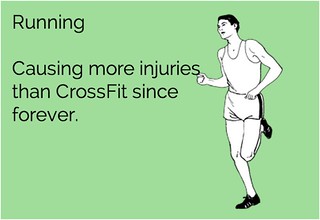 Dislaimer: this is gross for most of the population. Medical and morbid people will enjoy. You’ve been warned.

Here is the pretty version my friend TJ drew for me! She’s so talented. 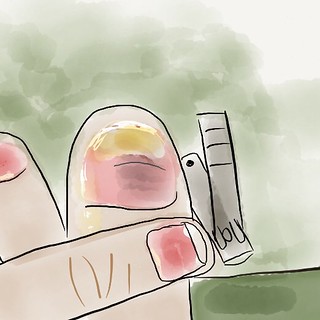 So. Waaaay back in Dec I did that little long race thingy. It destroyed my big toes. I had other blisters but the blood blisters that resulted under my big toes were pretty horrific. 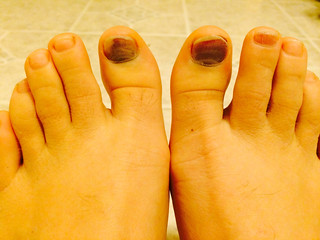 I got a pedicure a couple weeks after (and they just left those alone). I haven’t gotten a pedi since because I was missing 4 out of 10 toes. 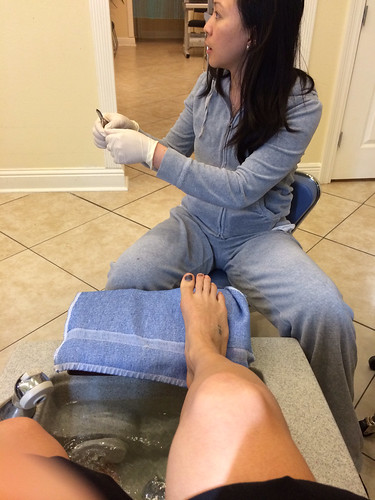 Why would you come here?!

Seriously, this poor woman. She was dumbfounded and so confused. And probably disgusted. I tipped extra. 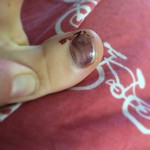 Which brings me to today… I was thinking I’d get a pedicure this week or next. My big toe nails have mostly grown out! Enough to not be completely horrid and long enough that the old dead part could be cut off without them being too short.

Then I did a race this weekend. Marathon #50!! WHOOP!
(Still working on that race report. Oh, and Zion from April too. Oops) 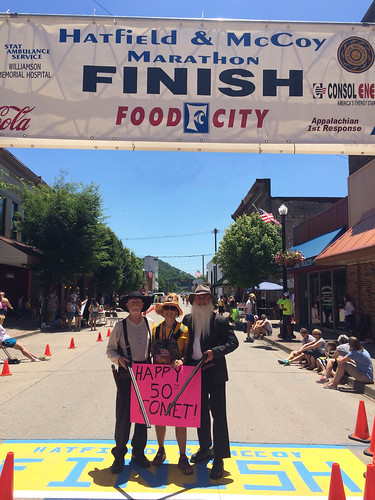 It was hilly. Apparently not good for my still-growing big toenails. My toe was sore on Monday and Tues and I didn’t know why. I decided to trim my big toenail and made the decision I was going to get a manicure TODAY. That’s it. I’m tired of it. Let someone else deal with it. (Poor thing. I will tip extra)

While I was clipping the dead off, I was greeted with a nice, painful surprise!
See that dark line on the nail? That’s the new nail below it. The top is the old dead part that I was attempting to cut off. 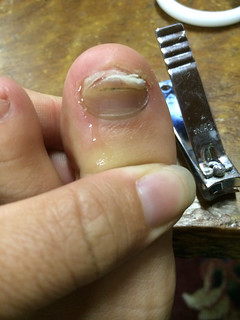 I guess it goes without saying that I am not getting a much-needed pedicure today and I’m limping around. I’m super annoyed. It’s sore and a little red and it keeps filling with fluid, repeating the pain and leaking cycle. I’ve cleaned it and did an epsom salt bath. This needs to clear up ASAP. I’ve got training and things to do!

If the picture wasn’t enough for you, I took video! Hope you aren’t eating!

I hope this gets better in a couple days. I’ve shit to do!