I’m late to blogging, late for the “new year resolution” entry, blah blah. It’s been a crazy month, month and a half. No way I can even catch up, but I’ll recap a little bit here.

Went to Lake Placid at the beginning of December and it was so much fun. I learned so much about skeleton, bobsled, luge, how the USOC works, and meeting some neat people. I had so much fun, I extended my trip another week because I didn’t want to go home. I ended up with a nasty sinus infection & cold while I was there, but not unexpected.

A couple days after I got home from LP, I packed up the kids (dogs) and hit the road to Ohio to spend the holidays with K’s family and see friends. What was supposed to be 2, relaxing, weeks (we hardly made any plans!), turned into 2 stressful, busy, weeks. UGH. Not restorative, not relaxing, not enough sleep, still trying to get over my sickness. 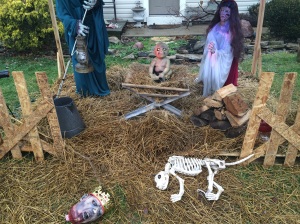 Left there and drove straight to Knoxville for the Pistol ultra, to pace a friend doing the 100. The weather was cold, miserable, and I got about 2 hours of sleep -in the drivers seat of my car- in 40hrs.

Left Knoxville and drove to DFW to dog/housesit for my good friends who were going to run the Dopey & Goofy Challenges at Disney. They were going for almost a week and needed someone. Good reason to see them, and another opportunity to -hopefully- relax and do fun stuff.
Nope.
Arrived on a Sunday evening and was exhausted. Monday, felt more human after a great night of sleep.
Normal day Monday.
Woke up in the middle of the night with food poisoning.
Not a functional human on Tuesday.
Recovered from that for about 2 days.
Then wake up with a cold on Friday.  Spend the weekend hydrating, bone broth-ing, NyQuiling. 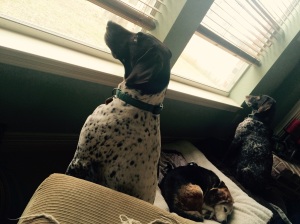 Watch all the squirrels. 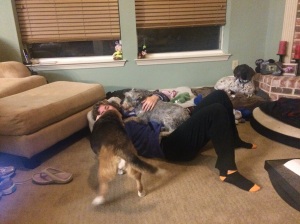 And now…today…I get to take my computer into Apple where they will send it off, wipe it clean, replace some important hardware, and send it back to me. I will probably be without my computer for a week.

Nope, not so good. 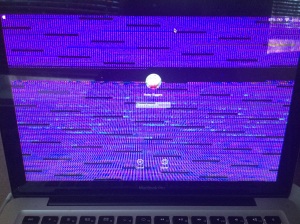 Don’t think this is supposed to keep happening.

One of my friends said after the food poisoning, “well, you’ve got nowhere to go but up!” Well, apparently not and while I’m upset about my computer, they’re fixing it pretty quickly, and free, and I caught the issue in time to backup all my photos and important files. Small victories!

While I feel like I’ve been run down, sick, and not home, I’m generally ‘ok’ with it all. I’m handling it well. I’ll get home, be able to rest, get into my routine, and eat well. I’ll get better, my computer will be fixed, and this crap is just temporary. I think big, good, changes are on the horizon too…which could be stressful, but hopefully worth it in the end.

When I return, I’ll have my “goals” for the new year written. I’m starting my “new year” later this week when I’m at home. Who says it has to start on Jan. 1?

Until then, I leave you with a needy pup.

Your pillow is mine, peasant.